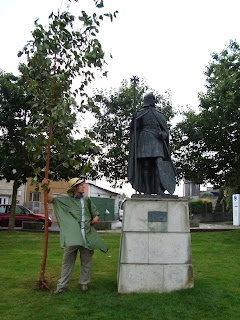 The second to last day of the camino, as I walked with my great friends of the Pootamad Familia, I found a very nice tree on the side of the path laying listlessly on the ground among the roots of the other trees. It looked really nice, so I decided to pick it up and carry it with me.

Even though the tree, which we named Maltezar, was fairly heavy and cumbersome, I felt an incredible energy carrying it, hearing its leaves brush the ground, and watching how other walkers, villagers, and ultimately cilly dwellers, reacted to the sight of man and tree walking together. 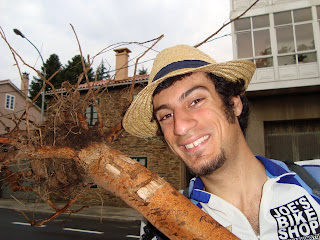 I had no plan for the tree when I had initially picked it up, but it soon became apparent that I would carry it another 25km all the day to Santiago. 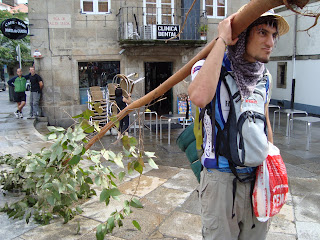 While we rested that night in Arca, I drew a face for the tree which gave it a bit more animation. The face was at the bottom of the bark, and the roots consituted its hair, which looked like really cool dread locks. 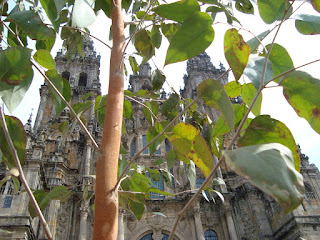 At first, I was a bit nervous that people might think I ripped the tree out of the ground. So I asked Marta what I should say in Spanish if someone objected. “Ya estaba roto.” It became my mantra. Sometimes people would start saying something, and if I didn't understand, I just said, Ya estaba roto. I think this means, “it was already broken.” 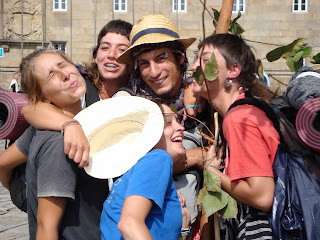 Eventually, we left the tree right in front of the cathedral at Santiago. In the plaza, many tourists and fellow pilgrims were very amused by the sight of us with our tree, and ran over to take photos of us “rebellious whippersnappers with our crazy tree”. We all signed our names on the tree. 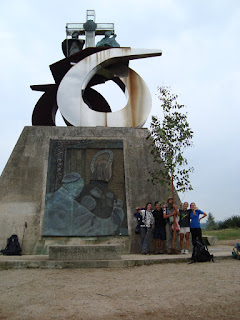 Posted by Raffi Wartanian at 11:13 AM